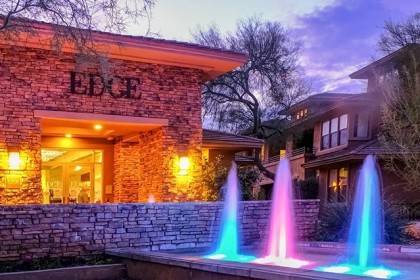 Light and technology have come a long way. While many of us take for granted the everyday convenience afforded by electric lighting, the journey to get where we are today has been fraught with discovery, failures and triumphs. Let’s walk through a bit of history!

Many recall learning about the invention of electric light in the traditional sense in early elementary school lessons. The light that we know (and love) today is actually incorrectly attributed to Thomas Edison.

In 1879, Edison did create the first commercially practical incandescent light, but he was working toward the discovery in parallel with over 20 other inventors according to historians. His version received the most attention because of a unique combination of three factors: his use of effective incandescent material, his ability to produce a higher vacuum than other inventors, and his creation’s high resistance capability that make it possible to distribute power economically from a centralized source.

The first electric light was actually invented years earlier in 1802 by a man named Humphry Davy. This individual experimented with creating electricity and the electric battery. The first lamp created by Davy was called the Electric Arc lamp forged by connecting wires to a battery with a piece of carbon. This contraption produced bright light for a short period of time before burning out and provided the basic model that was used for Edison’s later discoveries.

After Davy, there are several other inventors that created designs over the next seven decades. Notable developments include those by a British scientist named Warren de la Rue who coiled a platinum filament vacuum tube and was said to have passed an electric current through it.

In 1850, an Englishman named Joseph Wilson Swan enclosed carbon filaments inside an evacuated glass bulb and thus the first working prototype of a light bulb. He pursued his work several decades and was able to create a longer lasting bulb in the late 1870s.

Another invention patent was filed by a Toronto-based medical electrician named Henry Woodward along with his colleague Mathew Evans, both of whom built lamps employing a carbon rod held in place between electrodes within a glass cylinder filled with nitrogen. It’s this patent that was sold to Edison in 1879, forming the basis of serious development, maturation and commercial production of incandescent lamps.

Edison and his team continued to test materials for metal filaments to improve upon the patent and discovered that carbonized bamboo provided a way to produce light lasting over 1200 hours. This occasion marks the commencement of commercial manufacturing for bulbs in general, a pivotal moment in history.

There are several key dates associated with the commercial manufacturing process and production of light bulbs. Highlights include:

Several trends we’ve been seeing more of as of late include:

With an increase in connected devices in the home, the Internet of Things (IoT) encompasses a technology that can connect your favorite gadgets including lighting fixtures.

This type of technology uses built in sensors to connect with smartphones, tablets and computers to enable you to control granular lighting choices when you aren’t even in your home.

A big hit in retrofitting projects, wireless lighting can be controlled and cabled without connectivity.

LiFi
Harnesses the basics of data technology, think of WiFi applied to LED systems to support a light communication system capable of transforming your outdoor and indoor environments into efficient and well-lit spaces.

Leave the Work to the Professionals
With decades of experience designing and installing residential and commercial lighting, our focus is to find the ideal lighting combination for your space. We based our business on three factors: service, quality and value. Plus when it comes to industry knowledge, you can’t find experts on par with our team.

Quality Outdoor Landscape Lighting
As a leading provider of converting existing outdoor lighting to LED lighting, our team sources the best material like FX Luminaire to help us achieve our goals for your property.

From  designs that help reduce expenses, promote energy efficiency and brighten up your property, LEDs boast a range of value benefits.  When you partner with us, we ensure that your property is maximized for the outdoor life you desire.

Get in touch today to discuss your needs or inquire about a free estimate for your next project.